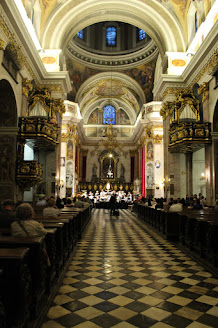 The site of the Cathedral was originally occupied by a three-nave Romanic church whose earliest mention dates back to 1262. After the fire of 1361 it was re-vaulted in the Gothic style. When the Ljubljana Diocese was established in 1461, the church underwent several alterations and additions.
The surviving Baroque interior decoration notably includes frescoes by Giulio Quaglio (painted in the periods 1703-1706 and 1721-1723), Angelo Putti's statues of four bishops of Emona situated beneath the beams of the dome (1712-1713), Putti's painting of Dean Janez Anton Dolničar (1715), who initiated the rebuilding of the church in 1701, Francesco Robba's altar angels in the left part of the nave (1745-1750) and brothers Paolo and Giuseppe Groppelli's altar angels in the right part of the nave (1711).
A host of other works of art were added later. One of the more interesting is the dome fresco painted by Matevž Langus in 1844. The most outstanding 20th century additions include Tone Demšar's main entrance door relief depicting the history of Slovenia, commissioned to mark the 1250th anniversary of Christianity in Slovenia, and Mirsad Begić's side doors with portraits of bishops.

The Slovenian Philharmonic Building was constructed in 1891 on the foundations of the former Estate Theatre (Stanovsko gledališče), built in 1763 to mark Emperor Joseph II's formal visit to Ljubljana and destroyed in a fire in 1887. As a result of a competitive tender, the Graz-based Austrian architect Adolf Wagner was commissioned to develop the plans for the Slovenian Philharmonic Building. The building's façade was designed in the neo-Renaissance style with rounded corners characteristic of theatre buildings of the time. In 1937, the architect Jože Plečnik added an annexe at the back of the building and redesigned the back facade. The entire building was thoroughly restored in 2001.

Hall of the Conservatory of Music and Ballet 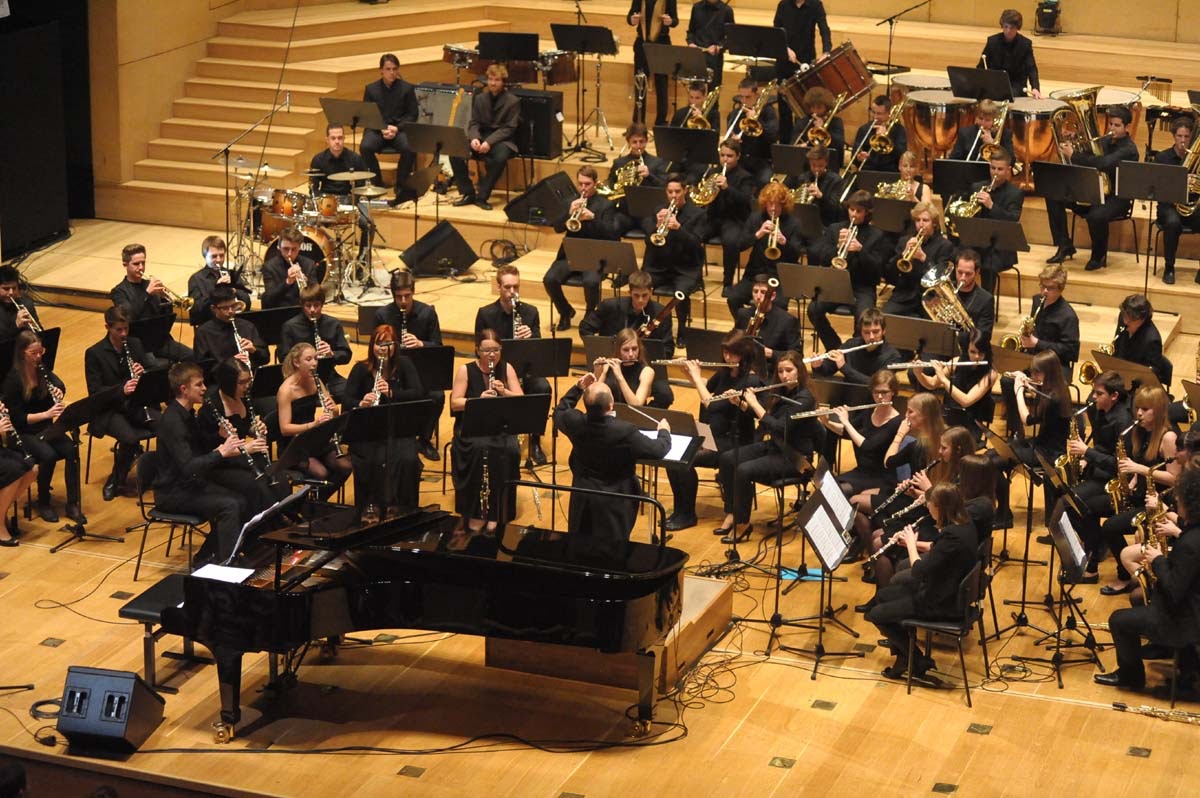 The beautiful hall at Ljubljana will provide the setting for Choirs in concert. The Ljubljana Music and Ballet Conservatory was established in 1953, when it separated from the Academy of Music and launched the Secondary Music and Ballet programme. Today the conservatory offers specialised education in music.